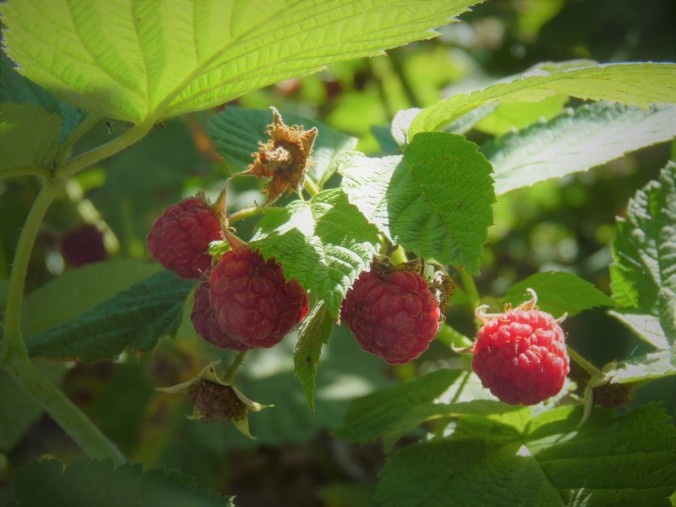 In the cool morning air, the sun’s dappled light plays through towering trees near Grandma’s raspberry patch. A light breeze keeps mosquitoes at bay. Glistening dew on succulent red berries makes them irresistible.  As we start to pick the lucious fruit, my cousins and I declare, “One for the bucket, two to taste-test!”  Aunts and mothers scold us; uncles and fathers simply smile and wink as they pop berries into their mouths.

This vivid memory always comes back to me this time of year. The family gathering on my grandparent’s farm to pick raspberries, visit and reconnect.

Adults headed down the long rows of raspberries first, children behind them to pick lower berries the older generation missed. Following the men seemed to ensure more fruit was left behind. They always appeared more intent on visiting than gleaning every berry in front of them.

Light-hearted conversations were interspersed with laughter and teasing as the adults caught up on each others’ lives. 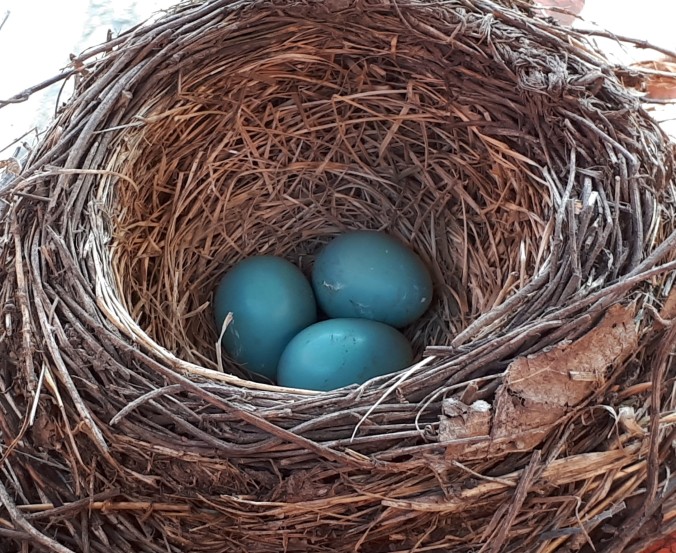 Some years, picking would come to a momentary halt when a bird’s nest would be found cleverly built within the canes — usually robins. Sometimes the nest held only small blue eggs but we loved it best when the eggs were hatched, and baby birds eagerly opened their beaks looking for food.

Once pails were filled to the brim, the bounty was taken back to Grandma’s kitchen. The men would visit on the porch while the women carefully poured the fruit onto cookie sheets to hasten the cleaning process. Tiny twigs, leaves and bugs would be expertly removed, comments made about the abundant debris found in some of the buckets. The males of the clan often declared themselves the quickest berry-pickers, but that didn’t necessarily mean they were the most efficient.

Regardless, bowls of delicious berries would be readied for everyone, covered with cream from that morning’s milking. No matter how many we’d consumed while picking, we’d happily gather with the adults in the shade to enjoy more.

A pail or two were set aside for each family to take home. The remainder quickly processed into jam, or canned for later use. Sometimes Grandma would make pies. No matter how hot it was outside, she preferred to use the wood stove, claiming the crust and flavour were far superior to baking in the electric range. We couldn’t disagree — her pies were fabulous!

"I've got lots of support, but I feel so lonely. Does that make any sense?"
"There are two ways of spreading light: to be the candle or the mirror that reflects it." — EdIth Wharton

Past blogs for the Manitoba Canola Growers Association.
A Voice from the Farm Table